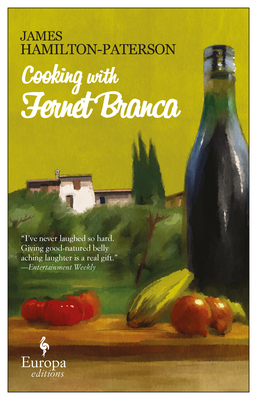 By James Hamilton-Paterson
Email or call for price.
Out of Print

“Provokes the sort of indecorous involuntary laughter that has more in common with sneezing than chuckling. Imagine a British John Waters crossed with David Sedaris.”—The New York Times


Gerald Samper, an effete English snob, has his own private hilltop in Tuscany where he wiles away his time working as a ghostwriter for celebrities and inventing wholly original culinary concoctions––including ice cream made with garlic and the bitter, herb-based liqueur of the book’s title. Gerald’s idyll is shattered by the arrival of Marta, on the run from a crime-riddled former Soviet republic. A series of hilarious misunderstands brings this odd couple into ever closer and more disastrous proximity.

James Hamilton-Paterson lives and works in Italy. He is the author of several novels, including Loving Monsters and Gerontius, winner of the Whitbread Best First Novel Award in 1989, a collection of essays dedicated to the lost grandeur of the sea entitled Seven-Tenths, and several non-fiction books including America’s Boy, a study of Ferdinand Marcos and the Philippines. He is also the author of two books of poetry and a regular contributor to Granta.