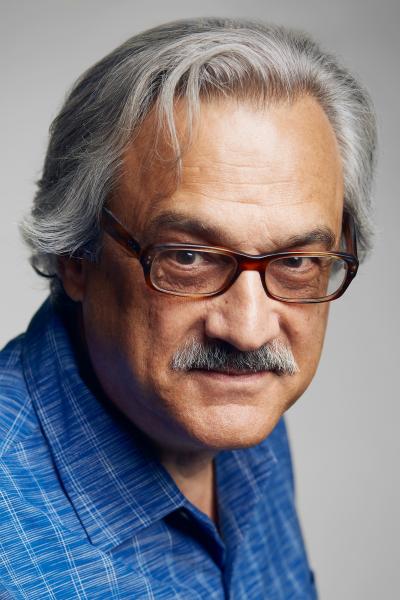 **DUE TO THE CORONAVIRUS OUTBREAK, WE ARE UNFORTUNATELY POSTPONING OUR EVENT WITH JOHN DESIMONE TO A LATER DATE. PLEASE STAY TUNED FOR MORE INFORMATION.

A high school senior, Jack Duncan dreams of playing college baseball and leaving the political turmoil of the agricultural town Delano behind. Ever since his father, a grape grower, died ten years earlier, he’s suspected that his mother has been hiding the truth from him about the suspicious circumstances surrounding the death. With his family’s property on the verge of a tax sale, Jack drives an old combine into town to sell it. On the road, an old friend of his father shows up with evidence that Jack’s father was murdered. Armed with this new information, Jack embarks on a mission to discover the entire truth, not just about his father but the corruption endemic in the Central Valley. When Jack’s girlfriend warns him not to do anything to jeopardize their post-graduation plans and refuses to help him, Jack turns to his best friend, Adrian, the son of a boycotting fieldworker who works closely with Cesar Chavez. The boys’ dangerous plan to rescue the Duncan family farm leaves Adrian in a catastrophic situation, and Jack must step up to the plate and rescue his family and his friend before he can make his escape from Delano. The Road to Delano is the path Jack and Adrian must take to find their strength, their duty, their destiny. Foreword by Marc Grossman, Cesar Chavez Foundation.

John DeSimone is a published writer, novelist, and teacher. He’s been an adjunct professor and holds an MFA in Creative Writing from Spalding University. His recent co-authored books include Broken Circle: A Memoir of Escaping Afghanistan (Little A Publishers), and Courage to Say No by Dr. Raana Mahmood, about her struggles against sexual exploitation as a female physician in Karachi. His published novel Leonardo’s Chair published in 2005. In 2012, he won a prestigious Norman Mailer Fellowship to complete his most recent historical novel, Road to Delano. His novels Leonardo’s Chair and No Ordinary Man have received critical recognition. He works with select clients to write stories of inspiration and determination and with those who have a vital message to bring to the marketplace of ideas in well-written books.

The Road to Delano (Hardcover)