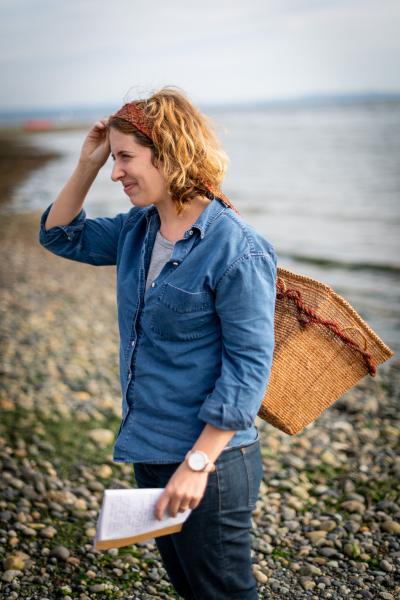 Ocean journalist Laura Trethewey will be at The Book Catapult on Thursday, December 5 at 7:30pm to discuss and sign her new book, The Imperiled Ocean: Human Stories from a Changing Sea. Laura will be in-conversation with Katherine Leitzell, Communications Coordinator of California Sea Grant at Scripps Insitute of Oceanography.

On a life raft in the Mediterranean, a teenager from Ghana wonders whether he will reach Europe alive, and if he does, whether he will be allowed to stay. In the North Atlantic, a young chef disappears from a cruise ship, leaving a mystery for his friends and family to solve. A water-squatting community battles eviction from a harbor in a Pacific Northwest town, raising the question of who owns the water. The Imperiled Ocean by ocean journalist Laura Trethewey is a deeply reported work of narrative journalism that follows people as they head out to sea. What they discover holds inspiring and dire implications for the life of the ocean — and for all of us back on land. As The Imperiled Ocean unfolds, battles are fought, fortunes made, lives lost, and the ocean approaches an uncertain future. Behind this human drama, the ocean is growing ever more unstable, threatening to upend life on land. As we explore with Tretheway, we meet biologist Erin Stoddard tracking sturgeon in the Pacific Northwest. Unable to stop the development and pollution destroying the fish’s habitat, Stoddard races to learn about the fish before it disappears. This prehistoric fish has survived more than 300 million years on earth and could hold important truths about how humanity might make itself amenable to a changing ocean. As a fisher and scientist, Erin’s ability to listen to the water becomes a parable for what faces the ocean today. By eavesdropping on an imperiled world, he shows a way we can move forward to save the oceans we all share—through listening and discovery.

Laura Trethewey is an ocean journalist and the senior writer and editor at Ocean.org, a multi-media story-telling site run by the Vancouver Aquarium.  She has been published in Smithsonian Magazine, Courier International, The Walrus, The Globe and Mail, Hakai Magazine, and Canadian Geographic.  She lives in San Diego and this is her first book.

Katherine Leitzell leads communications for California Sea Grant. Prior to joining Sea Grant in 2017, she worked at the International Institute of Applied Systems Analysis in Austria, and the National Snow and Ice Data Center in Boulder, Colorado. She has a master's degree in Neuroscience from the University of Southern California, and is an alumna of the AAAS Mass Media Fellowship Program.

Pew
by Catherine Lacey
Get 20% off the pick until Thursday, November 11