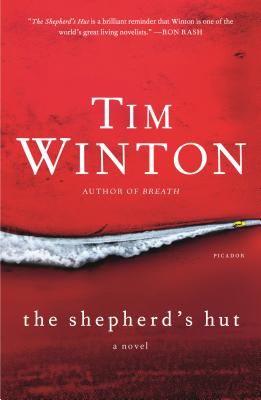 The next meeting of The Catapult Book Club will come to order on the evening of Thursday, January 9th at 7pm.

The current selection is The Shepherd's Hut by Tim Winton.

"Tim Winton is one of my favorites - and weirdly still a relative unknown in the US. (He’s won 4 Miles Franklin Awards in his native Australia – the Aussie Pulitzer – and has been nominated for the Booker Prize twice.) The Shepherd’s Hut has just an incredible setting that becomes a driving character in its own right: the treeless, sunbaked salt flats of Western Australia. It all just felt so vivid & bright & dusty, the heat so oppressive. Teenaged Jaxie’s blisteringly quick colloquial voice is one for the ages too – young & angry, but filled with fear & uncertainty as he flees his violent home & heads across the salt alone. In a true mark of a great book, I found my own internal reading voice unintentionally took on Jaxie’s thick Australian accent while I read. Totally immersive to say the least." -Seth

"A mournful and fast-paced journey into the life of a young man on his own... Winton’s novel is alive with pain and suffering, but it is also full of moments of grace and small acts of kindness. Gorgeously written and taut with eloquent, edgy suspense, Jaxie’s journey is a portrait of young manhood amidst extreme conditions, both inward and outward." —Publisher's Weekly, starred review

“Tim Winton’s new novel hovers between a profane confession and a plea for help. A distinctly Down Under story by this most Australian writer, The Shepherd’s Hut is almost too painful to read, but also too plaintive to put down.”—Ron Charles, The Washington Post

The Shepherd's Hut: A Novel (Paperback)