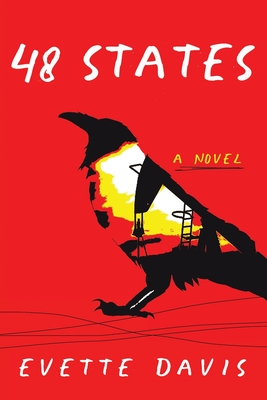 "Powered by impeccably deep character development (every major player is insightfully explored, particularly River) and a storyline that may not seem so far-fetched after recent political events-book bans, federal curfews, and digital identity chips-Davis creates a terrifying near future... With a breakneck pace from the first page to the last, this book is so much more than just a well-written dystopian thriller. The questions that the author raises should resonate with readers long after the novel is finished. An adept and chilling cautionary tale-the narrative equivalent of brass knuckles to the skull." -Kirkus, Starred Review

In 2042 the United States is recovering from a series of terrorist attacks that upended the government, rewrote our civil liberties, and erased two states from the map. River, a widow, single mother and veteran of the Caliphate Wars, works as a waste hauling trucker in Energy Territory No. 1, formerly known as North Dakota. Living in a dingy motel room with nothing but her books and a semiautomatic pistol for company, she is weeks away from the end of her contract and returning to her young daughter. Finn Cunningham, a hydrologist with the United States Geology Survey (USGS) in Montana, is suspicious of environmental changes he's seeing in nearby western waterways and decides to investigate. His decision sets him on a collision course with River, sending them both on the run. One a fugitive, the other a reluctant participant, they develop an affinity for each other, sharing stories of past loves, loss, and hardship. 48 States is a one-of-a-kind dystopian thriller about the dangers of extremism and the power of love and forgiveness.