Pokko and the Drum (Hardcover) 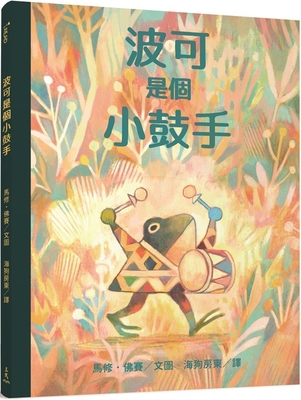 A Publishers Weekly Best Book of 2019
A Today Show Best Book of the Year
A Booklist Book for Youth Editors' Choice 2019
A Boston Globe-Horn Picture Book Honor Book 2020
An NPR Favorite Book of 2019
A Charlotte Zolotow Honor Book
A Quill & Quire 2019 Book for Young People of the Year
"Extraordinary." --Publishers Weekly (starred review)
"Inspirational." --Booklist (starred review)
"Laugh-out-loud funny." --Shelf Awareness (starred review)
"Will tickle kids and adults alike." --Kirkus Reviews
"An instant classic." --Quill & Quire (starred review) From E.B. White Read Aloud honor artist Matthew Forsythe comes a picture book about a magical drum, an emerald forest, and the little frog who dares to make her own music. The biggest mistake Pokko's parents ever made was giving her the drum. When Pokko takes the drum deep into the forest it is so quiet, so very quiet that Pokko decides to play. And before she knows it she is joined by a band of animals --first the raccoon, then the rabbit, then the wolf--and soon the entire forest is following her. Will Pokko hear her father's voice when he calls her home? Pokko and the Drum is a story about art, persistence, and a family of frogs living in a mushroom.

Matthew Forsythe is an award-winning comic book artist and illustrator. His first children's book, My Name Is Elizabeth! by Annika Dunklee, was a named a 2011 New York Times Notable Children's Book. His first comic, Ojingogo, was nominated for an Eisner Award and won a Doug Wight Award for Best Experimental Comic. His illustrations have appeared in many publications including The New York Times and The Wall Street Journal. Formerly the lead designer on the animated series Adventure Time on the Cartoon Network, he now lives in Canada and is working on his next book. Visit him at ComingUpforAir.net.