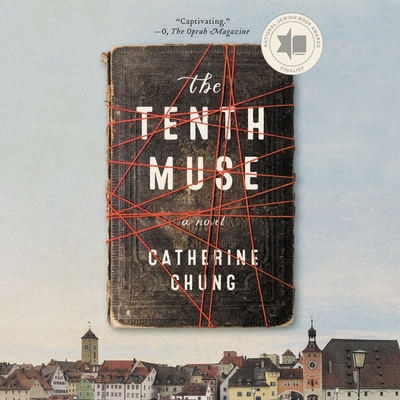 “Growing up in the 1940s and 1950s, Katherine, as the daughter of a Chinese immigrant and a World War II veteran, has to grapple with her Asian identity, her brilliance with numbers, and eventually her unorthodox decision to become a mathematician. When she chooses to work on the ‘unsolvable’ Riemann hypothesis, Katherine finds herself making choices in pursuit of her academic ambitions that distance her from the ones she loves. And in her search for success, she unexpectedly realizes that a notebook given to her by her father contains clues to her past. This tale comes full circle as Katherine reflects on the joys and sorrows of coming to terms with her true identity, mingled with her ambition to succeed and her pursuit of mathematical excellence.”
— Jann Griffiths, BookSmart, Morgan Hill, CA

A RECOMMENDED BOOK OF 2019 FROM: Buzzfeed * The Rumpus * Entertainment Weekly

The first thing I remember being said of me with any consistency was that I was intelligent--and I recognized even then that it was a comment leveled at me with as much disapproval as admiration. Still, I never tried to hide or suppress my mind as some girls do, and thank God, because that would have been the beginning of the end.

From childhood, Katherine knows she is different, and that her parents are not who they seem to be. But in becoming a mathematician, she must face the most human of problems--who is she? What is the cost of love, and what is the cost of ambition?

On her quest to conquer the Riemann hypothesis, the greatest unsolved mathematical problem of her time, she turns to a theorem with a mysterious history that holds both the lock and key to her identity, and to secrets long buried during World War II in Germany. Forced to confront some of the most consequential events of the twentieth century and rethink everything she knows of herself, she strives to take her place in the world of higher mathematics and finds kinship in the stories of the women who came before her--their love of the language of numbers connecting them across generations.

In The Tenth Muse, Catherine Chung offers a gorgeous, sweeping tale about legacy, identity, and the beautiful ways the mind can make us free.