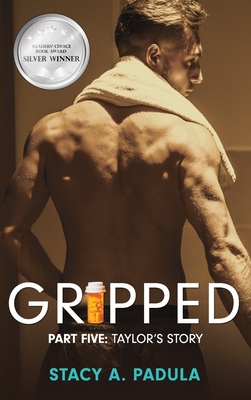 Now being adapted for TV

The last message Jordan Dunkin receives from Taylor leads him to Taylor's abandoned Jeep. Each of Taylor's family members holds a piece of the puzzle, and as the Dunkins begin putting the details together, they are awakened to the possibility they may never see Taylor again.

No one can find Missy Kent.

Missy's boyfriend Luke Davids last saw her dancing with their friends at a nightclub, but she hasn't responded to anyone's texts or calls for hours.

Taylor and Missy's friends are dangerously close to learning the truth, but their ignorance might be the only thing keeping them safe. Every clue is leading them closer to peril.

The fifth book in the Gripped series moves through details at a thrilling pace. Secrets are revealed and lives are at stake. Taylor, Missy, their friends, and their families must figure out who they can trust before it's too late.