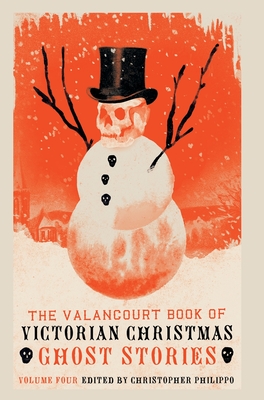 By Christopher Philippo (Editor)
Email or call for price.
Out of stock. Available to order.

A Valancourt Yuletide tradition returns, this time with rare 19th-century tales from U.S. newspapers and magazines

The Christmas ghost story tradition is usually associated with Charles Dickens and Victorian England, but -- apparently unknown to historians and scholars -- Christmas ghost stories were extremely widespread and popular in 19th-century America as well, frequently appearing in newspapers and magazines during the holiday season.

From legends of old New Orleans and strange happenings on the plains of Iowa and the Dakota Territory to weird doings in early Puerto Rico and ghostly events in Gold Rush-era San Francisco, the tales collected here reveal a forgotten Christmas ghost story tradition in a bygone America that is both familiar and oddly foreign. This collection features eighteen stories and nine poems, including entries by women and African American writers, plus extra bonus material and an introduction by Christopher Philippo.

"He turned and beheld a low black figure, with a body no higher than his knees, with a prodigious head, in the brow of which was set a single eye of green flame like a shining emerald, and with hands and arms of supernatural length." - J. H. Ingraham, "The Green Huntsman; or, The Haunted Villa"

"The latch lifted​, the door swung open​ -- and then​ -- my God what a spectacle Through the open door there stepped a figure, not of Mrs. Hayden, not of her corpse, not of death, but a thousand times more horrible​, a thing of corruption, decay, of worms and rottenness." - Anonymous, "Worse Than a Ghost Story"