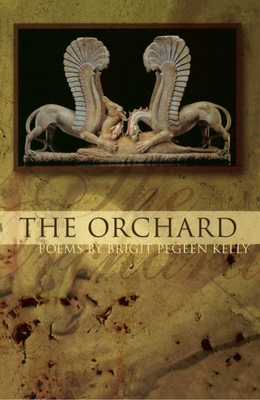 By Brigit Pegeen Kelly
$17.00
Out of stock. Available to order.

This is book number 82 in the American Poets Continuum series.

Richly allusive, the poems in Brigit Pegeen Kelly's The Orchard evoke elements of myth in distinctive aural and rhythmic patterns. Her poetic strength lies in her ability to cast poems as modern myths and allegories. Propelled by patterned repetitions and lush cadences, the poems move the reader through a landscape where waking and dream consciousness fuse.

Brigit Pegeen Kelly teaches creative writing at the University of Illinois at Urbana-Champaign. Her poetry collections are Song (BOA Editions), the 1994 Lamont Poetry Selection of The Academy of American Poets and a finalist for the 1995 Los Angeles Times Book Award, and To the Place of Trumpets, selected by James Merrill for the 1987 Yale Series of Younger Poets Prize.

Brigit Pegeen Kelly has published three books of poetry, To the Place of Trumpets (Yale University Press, 1988), selected by James Merrill for the Yale Series of Younger Poets Prize, Song (BOA Editions, Ltd., 1995), winner of the Lamont Poetry Prize from the Academy of American Poets and, The Orchard a finalist for the National Book Critics Circle Award, the Los Angeles Times Book Award, and the Pulitzer Prize. Additional awards and honors include a Discovery / The Nation award, the Witter Bynner Prize from the Academy of Arts and Letters, the Cecil Hemley Award from the Poetry Society of America, and fellowships from the Whiting Foundation, the National Endowment for the Arts, the New Jersey State Council on the Arts, and the Illinois Arts Council. In 2008, Brigit Pegeen Kelly was awarded the 2008 Academy Fellowship from the Academy of American Poets. Her work has appeared in many anthologies and literary magazines, including The Nation, The Yale Review, New England Review, Poetry, The Antioch Review, The Massachusetts Review, The Southern Review, five Pushcart Prize volumes, and six volumes of The Best American Poetry. Kelly, who has taught for many years primarily at the University of Illinois, has also taught at the University of California at Irvine, Purdue University, Warren Wilson College, and numerous writers' conferences. In 2002 the University of Illinois awarded her both humanities and campus-wide awards for excellence in teaching.