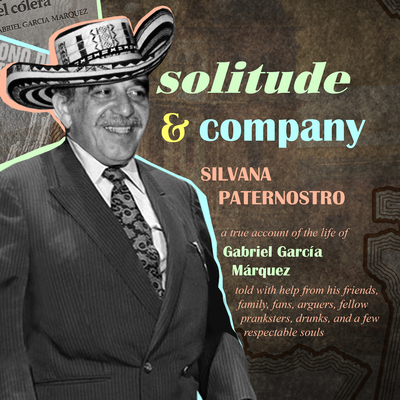 By Silvana Paternostro, Robert Fass (Narrated by), Edith Grossman (With)
$39.99
Out of stock. Available to order.

An oral history biography of the legendary Latin American writer and Nobel laureate Gabriel Garcia M rquez, brimming with atmosphere and insight Irreverent and hopeful, Solitude & Company recounts the life of a boy from the provinces who decided to become a writer. This is the story of how he did it, how little Gabito became Gabriel Garcia M rquez, and of how Gabriel Garcia M rquez survived his own self-creation. The book is divided into two parts. In the first, BC, before Cien a os de soledad (One Hundred Years of Solitude), we hear from his siblings and those who were friends before Garcia M rquez became the universally loved Latin American icon. The second part, AC, describes the man behind the legend that Garcia M rquez became. From Aracataca, to Baranquila, to Bogota, to Paris, to Mexico City, the solitude that Garcia M rquez needed to produce his masterpiece turns out to have been something of a raucous party whenever he wasn't actually writing. Here are the writers Tom's Eloy Martinez, Edmundo Paz Sold n, and William and Rose Styron; legendary Spanish agent Carmen Balcells; the translator of A Hundred Years of Solitude, Gregory Rabassa; Gabo's brothers Luis Enrique, Jaime, Eligio, and Gustavo, and his sisters Aida and Margot; Maria Luisa Elio, to whom A Hundred Years of Solitude is dedicated; and many others.