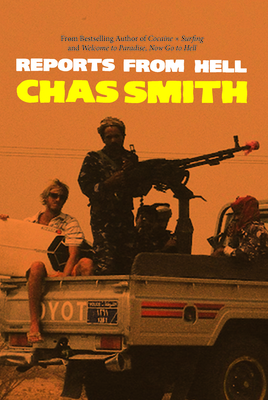 From the author of Welcome to Paradise, Now Go To Hell, a finalist for the PEN Center USA Award for Nonfiction and Cocaine + Surfing A gonzo ride through the Middle East as only Chas Smith, the award-winning author of Welcome to Paradise, Now Go to Hell and Cocaine + Surfing: A Sordid History of Surfing's Greatest Love Affair, could provide. Follow Smith and his misfit band of merrymakers as they search for the true origins of Al Qaeda and endeavor to ride the unsurfed waves of Yemen all while exploring the slim opportunities for fun in the margins of our global war on terror and at what cost--even if it means eventual kidnapping by Hezbollah.