Nixonland: The Rise of a President and the Fracturing of America (Compact Disc) 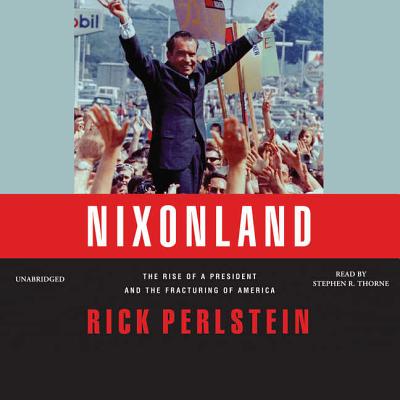 Told with urgency and sharp political insight, Nixonland recaptures America's turbulent 1960s and early 1970s and reveals how Richard Nixon rose from the political grave to seize and hold the presidency. Perlstein's epic account begins in the blood and fire of the 1965 Watts riots, nine months after Lyndon Johnson's historic landslide victory over Barry Goldwater appeared to herald a permanent liberal consensus in the United States. But the next year, scores of liberals were tossed out of Congress, America was more divided than ever, and a disgraced politician was on his way to a shocking comeback: Richard Nixon. Filled with prodigious research and driven by a powerful narrative, Rick Perlstein's magisterial account of how it all happened confirms his place as one of our country's most celebrated historians.