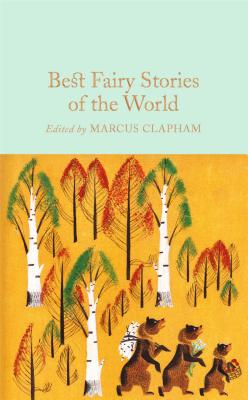 Of the various types of mythological literature, fairy tales are the simplest and purest expressions of the collective unconscious and thus offer the clearest understanding of the basic patterns of the human psyche. Every people or nation has its own way of experiencing this psychic reality, and so a study of the world’s fairy tales yields a wealth of insights into the archetypal experiences of humankind. Folk tales and fairy stories were originally intended for both adults and children – Grimms’ Household Tales, for instance – and this international anthology brings together ‘The Frog Who Became an Emperor’ from China, ‘The Three Billy Goats Gruff’ from Norway, and ‘Pinocchio’ from Italy as well as the classic stories of Aesop, Andersen, the Grimm Brothers, Charles Perrault and Oscar Wilde, among many others. The masters of children’s book illustration have been chosen for the pictures in this book, and will give it appeal to readers of all ages. They include Arthur Rackham, Charles Robinson, Walter Crane, Howard Pyle and many other masters of the genre. Illustrated by various artists.

Marcus Clapham was the Editorial Director of Collector's Library. He has always worked in the book trade, and he is the author, editor or anthologiser of nearly twenty books.