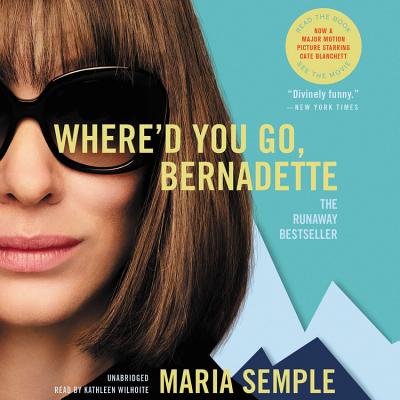 By Maria Semple, Kathleen Wilhoite (Read by)
Email or call for price.
Out of Print

"A shrewd yet compassionate portrait of family dysfunction and the volatility of genius in laugh-out-loud, irresistibly high-spirited prose.... WHERE'D YOU GO, BERNADETTE takes readers on an original and movingly imaginative adventure."—Catherine Straut, Elle

"An epistolary novel for the twenty-first century.... Paced like a beach read, BERNADETTE has a scathing wit and a casual storytelling style that pulls the reader in and forces her to listen."—Capital Times' blog