The Selected Poetry of Edna St. Vincent Millay: (Renascence and Other Poems, A Few Figs from Thistles, Second April, and The Ballad of the Harp-Weaver (Paperback) 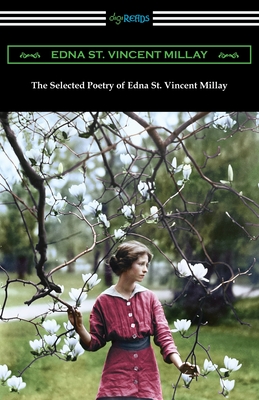 By Edna St Vincent Millay
$11.99
Out of stock. Available to order.

Edna St. Vincent Millay's childhood was a life of transient poverty. Her mother Cora, who was separated for many years from, and finally divorced in 1904, her father Henry Tolman Millay, moved Edna and her two sisters constantly from town to town during their upbringing. The family would finally settle in a small house on the property of Cora's aunt in Camden, Maine. It was here that Edna would write some of her first lines of poetry. Edna would first gain recognition when her 1912 poem "Renascence" garnered a fourth place prize in a poetry contest for "The Lyric Year". Edna would go on to win the highest prize for poetry, the 1923 Pulitzer Prize, for her work "The Ballad of the Harp-Weaver". Noted for its lyrical beauty and at times controversial depiction of female sexuality, the poetry of Edna St. Vincent Millay marks some of the best of the early 20th century. Contained in this volume, printed on a premium acid-free paper, are some of her most important works: "Renascence and Other Poems," "A Few Figs From Thistles," "Second April," and "The Ballad of the Harp-Weaver."