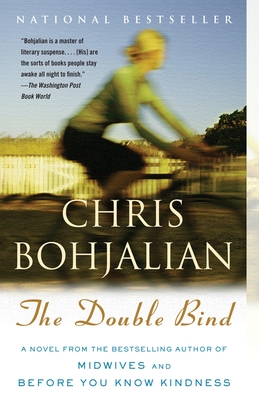 NATIONAL BESTSELLER • From the bestselling author of The Flight Attendant, here is a gripping psychological novel of obsession and consequence.

When Laurel Estabrook is attacked while riding her bicycle through Vermont’s back roads, her life is forever changed. Formerly outgoing, Laurel withdraws into her photography, spending all her free time at a homeless shelter. There she meets Bobbie Crocker, a man with a history of mental illness and a box of photographs that he won’t let anyone see. When Bobbie dies, Laurel discovers a deeply hidden secret–a story that leads her far from her old life, and into a cat-and-mouse game with pursuers who claim they want to save her.

In a tale that travels between the Roaring Twenties and the twenty-first century, between Jay Gatsby’s Long Island and rural New England, bestselling author Chris Bohjalian has written an extraordinary novel.

CHRIS BOHJALIAN is the #1 New York Times bestselling author of twenty-three books, including Hour of the Witch, The Red Lotus, Midwives, and The Flight Attendant, which has been made into an HBO Max limited series starring Kaley Cuoco. His other books include The Guest Room; Close Your Eyes, Hold Hands; The Sandcastle Girls; Skeletons at the Feast; and The Double Bind. His novels Secrets of Eden, Midwives, and Past the Bleachers were made into movies, and his work has been translated into more than thirty-five languages. He is also a playwright (Wingspan and Midwives). He lives in Vermont and can be found at chrisbohjalian.com or on Facebook, Instagram, Twitter, Litsy, and Goodreads, @chrisbohjalian

"Bohjalian is a master of literary suspense. . . . [His] are the sorts of books people stay awake all night to finish." —The Washington Post Book World"Artfully constructed and fiercely felt. . . . Bohjalian is . . . rearranging our previous assumptions, producing the sense of shock we felt viewing The Sixth Sense." —The Miami Herald"Terrifying. . . . Laurel is an unforgettable, vulnerable, complicated character." —The Los Angeles Times"The Double Bind is simply one of the best written, most compelling, artfully woven novels to grace bookshelves in years. Immediately after the spellbinding surprise ending, readers will want to begin again. . . . It's THAT good." —The Associated Press“The sort of book you want to read in one sitting, and it packs a twist at the end that will leave you speechless.” —Jodi Picoult"Harrowing.... The Double Bind has a powerful statement to make about the nature of obsession and mental illness, as well as the lingering effects of psychological trauma.... A stunner." —The St. Petersburg Times"Great fiction... un-put-down-able." —People "Ingenious.... He's compassionate about mental illness, wise about the healing power of art. He moves easily and convincingly back and forth from different points of view and manages to create authentic voices." —The Boston Globe"A psychological thriller . . . a chilling depiction of the ways we choose to remember as well as what we forget." —New York Daily News"A page-turner with a wicked twist at the end." -—Life Magazine