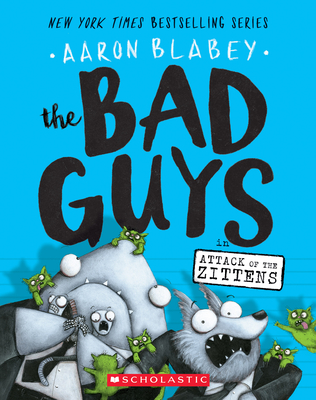 This is book number 4 in the The Bad Guys series.

It's a zombie kitten apocalypse!

Can the Bad Guys save the world from evil Dr. Marmalade's meowing monsters?!? They'll need help from foxy Agent Fox, a swampy secret zombie antidote, and the feistiest, toothiest, hungriest granny around. Get ready to watch the fur fly!