The Vanderbeekers and the Hidden Garden (Hardcover) 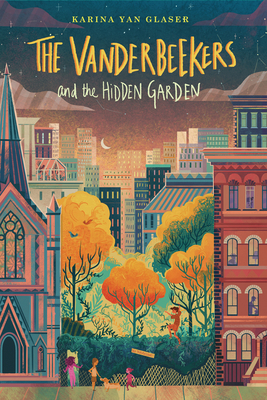 This is book number 2 in the The Vanderbeekers series.

Return to Harlem's "wildly entertaining" family in this funny, heartwarming sequel. When catastrophe strikes their beloved upstairs neighbors, the Vanderbeeker children set out to build the best, most magical healing garden in Harlem—in spite of a locked fence, thistles and trash, and the conflicting plans of a wealthy real estate developer.

While Isa is off at sleepaway orchestra camp, Jessie, Oliver, Hyacinth, and Laney are stuck at home in the brownstone with nothing to do but get on one another’s nerves. But when catastrophe strikes their beloved upstairs neighbor, their sleepy summer transforms in an instant as the Vanderbeeker children band together to do what they do best: make a plan. They will create the most magical healing garden in all of Harlem.

The New York Times bestselling Vanderbeekers series is perfect for fans of the Penderwicks. As Booklist commented in a starred review: “Few families in children’s literature are as engaging or amusing as the Vanderbeekers, even in times of turmoil.”

Karina Glaser is the New York Times best-selling author of The Vanderbeekers series and A Duet for Home. A former teacher as well as employee of New York City's largest provider of transitional housing for the homeless, Karina is now a contributing editor at Book Riot. Karina lives in Harlem, New York City, with her husband, two children, and an assortment of rescue animals. One of her proudest achievements is raising two kids who can’t go anywhere without a book. Visit her at karinaglaser.com

"Set in contemporary Harlem, this sequel to The Vanderbeekers of 141st Street (2017) includes a large cast of memorable characters, old and new, each with a different role to play. Glaser is at her best in the interplay of well-developed personalities and the entertaining dialogue among the children, their friends, and their elders...An amusing, heartening chapter book." — Booklist

"The plot and endearing (and diverse) characters are reminiscent of the classics from the 1940s and 1950s but with refreshing and realistic attention to socio-economics at work...Perfect for individual reading while tucked away in a treehouse or as a family read-aloud." — Kirkus Reviews