The Dark Edge of the Bluff (Paperback) 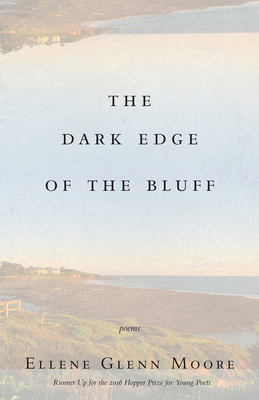 The Dark Edge of the Bluff engages with the mutable nature of memory and its instantiations: memory as artifact, memory as place, memory as story, memory as compulsion. The poems tackle a vast geography of recollection—from Fiesole to the Okefenokee to the turnings and obsessions of the author’s mind itself. In testing memory’s capacity for multiple truths, and in discovering its inherent limitations, this collection grapples with the simultaneity of memory as an act of self-preservation, self-creation, and relentless re-creation.

Ellene Glenn Moore is a poet living in sunny South Florida. She earned her MFA in creative writing from Florida International University, where she held a John S. and James L. Knight Foundation Fellowship in Poetry, and her BA in creative writing from Carnegie Mellon University. Ellene has been the recipient of a residency at the Studios of Key West and a scholarship to the New York State Summer Writers Institute. Her work has appeared or is forthcoming in Raleigh Review, Brevity, Best New Poets, Spillway, Chautauqua, Ninth Letter, and elsewhere. The Dark Edge of the Bluff was the Runner-Up for The Hopper Prize for Young Poets.