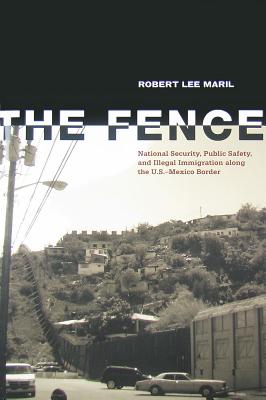 To the American public it’s a 2,000-mile-long project to keep illegal immigrants, narcotics, and terrorists on the other side of the U.S.–Mexico border. In the deserts of Arizona, it’s a “virtual fence” of high-tech electronic sensors, cameras, and radar. In some border stretches it’s a huge concrete-and-steel wall; in others it’s a series of solitary posts designed to stop drug runners; in still others it’s rusted barbed-wire cattle fences. For two-thirds of the international boundary it’s nonexistent. Just what is this entity known as “the fence”? And more important, is it working? Through first-person interviews with defense contractors, border residents, American military, Minutemen, county officials, Customs and Border Protection agents, environmental activists, and others whose voices have never been heard, Robert Lee Maril examines the project’s human and financial costs. Along with Maril’s site visits, his rigorous analysis of government documents from 1999 to the present uncovers fiscal mismanagement by Congress, wasteful defense contracts, and unkept political promises. As drug violence mounts in border cities and increasing numbers of illegal migrants die from heat exhaustion in the Arizona desert, Maril argues how the fence may even be making an incendiary situation worse. Avoiding preconceived conclusions, he proposes new public policies that take into consideration human issues, political negotiation, and the need for compromise. Maril’s lucid study shows the fence to be a symbol in concrete, steel, microchips, and fiber optics for the crucible of contemporary immigration policy, national security, and public safety.

Robert Lee Maril is professor of sociology and the founding director of the Center for Diversity and Inequality Research at East Carolina University. The author of many books, including Patrolling Chaos: The U.S. Border Patrol in Deep South Texas (TTUP, 2006) and Waltzing with the Ghost of Tom Joad: Poverty, Myth, and Low-Wage Labor in Oklahoma, he has testified three times on his research before the U.S. Congress, and his work has been widely cited both in scholarly publications and the national media. A resident of the Texas borderlands for seventeen years, he now lives in Greenville, North Carolina.