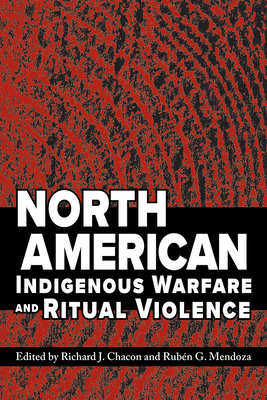 Despite evidence of warfare and violent conflict in pre-Columbian North America, scholars argue that the scale and scope of Native American violence is exaggerated. They contend that scholarly misrepresentation has denigrated indigenous peoples when in fact they lived together in peace and harmony. In rebutting that contention, this groundbreaking book presents clear evidence—from multiple academic disciplines—that indigenous populations engaged in warfare and ritual violence long before European contact. In ten well-documented and thoroughly researched chapters, fourteen leading scholars dispassionately describe sources and consequences of Amerindian warfare and violence, including ritual violence. Originally presented at an American Anthropological Association symposium, their findings construct a convincing case that bloodshed and killing have been woven into the fabric of indigenous life in North America for many centuries.

The editors argue that a failure to acknowledge the roles of warfare and violence in the lives of indigenous North Americans is itself a vestige of colonial repression—depriving native warriors of their history of armed resistance. These essays document specific acts of Native American violence across the North American continent. Including contributions from anthropologists, archaeologists, historians, and ethnographers, they argue not only that violence existed but also that it was an important and frequently celebrated component of Amerindian life.

2.  Barbarism and Ardour of War from the Tenderest Years”: Cree-Inuit Warfare in the Hudson Bay Region
Charles A. Bishop and Victor P. Lytwyn

3.  Aboriginal Warfare on the Northwest Coast: Did the Potlatch Replace Warfare?
Joan A. Lovisek

6.  Cahokia and the Evidence for Late Pre-Columbian War in the North American Midcontinent
Thomas E. Emerson

References
About the Contributors
Index

Richard J. Chacon is an assistant professor of anthropology at Winthrop University in Rock Hill, South Carolina. He has conducted extensive ethnographic fieldwork among the indigenous peoples of Venezuela, Peru, and Ecuador. Rubén G. Mendoza is a professor of social and behavioral sciences at California State University, Monterey Bay, where he founded and directs the Institute for Archaeological Science, Technology, and Visualization. A widely published author, he is also a past president of the Association of Latina and Latino Anthropologists.

“[This book] draw[s] on a wealth of new evidence not only to demonstrate the presence of precontact warfare, but, more compellingly, to offer insights on the causes of war and its varied practice.”—American Antiquity

“The strength of the volume comes from the rich information provided about warfare in a wide variety of groups cutting across the spectrum of native North America. . . . [These] papers add an invaluable body of highly relevant and contextualized information about both the extent and nature of native warfare.”—Journal of Field Archaeology

“A must-have book. . . . The volume brings together a valuable mix of papers, including well- written, cogent, interesting articles, and exactly the kind of analyses that archaeologists should be doing. It makes a good contribution to the burgeoning literature on the anthropology and archaeology of warfare, and will be well received in the discipline.”—Jonathan Haas

“This book is an important contribution to the study of Native American warfare. . . . All chapters are, without exception, readable, engaging, and free of . . . professional jargon.”—Mark van de Logt, The Journal of Military History