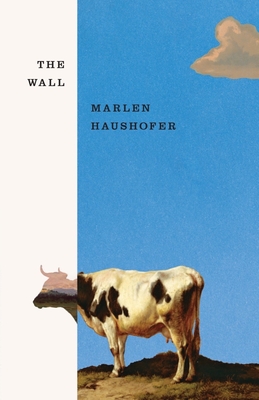 While vacationing in a hunting lodge in the Austrian mountains, a middle-aged woman awakens one morning to find herself separated from the rest of the world by an invisible wall. With a cat, a dog, and a cow as her sole companions, she learns how to survive and cope with her loneliness.

Allegorical yet deeply personal and absorbing, The Wall is at once a critique of modern civilization, a nuanced and loving portrait of a relationship between a woman and her animals, a thrilling survival story, a Cold War-era dystopian adventure, and a truly singular feminist classic.

Marlen Haushofer (1920–1970) was an Austrian author of short stories, novels, radio plays, and children’s books. Her work has had a strong influence on many German-language writers, such as the Nobel Prize–winner Elfriede Jelinek, who dedicated one of her plays to her. The Wall was adapted into the 2012 film, directed by Julian Pölsler and starring Martina Gedeck.

Shaun Whiteside’s translations from the German include classics by Freud, Musil, and Nietzsche.

Claire Louise-Bennett is the author of Pond and Checkout 19.

The Wall is a wonderful novel. It is not often that you can say only a woman could have written this book, but women in particular will understand the heroine's loving devotion to the details of making and keeping life, every day felt as a victory against everything that would like to undermine and destroy.

The Wall is a novel that contrives to be, by turns, utopian and dystopian, an idyll and a nightmare. In her isolation behind the wall, together with her animals, the woman discovers a new life, in comparison with which her existence before she came to the mountains seems trivial and pointless. The natural world which it describes with such rapt attention is cupped in the larger receptacle of a vivid and sinister dream, a dream we seem to have had many times before and which on each retelling leads to the same scene of horror at its climax.

Brilliant in its sustainment of dread, in its peeling away of old layers of reality to expose a raw way of seeing and feeling. Doris Lessing once remarked that only a woman could have written this novel, and it's true: I know of no closer study in claustrophobia and liberation, and of an independence whose severity is at once ecstatic and doomed. I’ve read The Wall three times already and am nowhere near finished.

It is about our reasons for living, self-sufficiency, solitude, men, women, war, and love, and the problem of other minds. And the animals in this book—oh! I don’t understand why this book is not considered one of the most important books of the twentieth century. I have been anxiously pushing it on everyone I know, and now I push it on you.
— Sheila Heti - The Paris Review

What is the wall? An allusion to the Cold War? An allegory for the Berlin Wall? Yes. But it also serves as a metaphorical stand-in for so many restrictions. It creates a situation that allows the main character and the reader to examine our ontology and what we think makes us real.
— Kirkus Reviews (starred)

Ceasing to be a human being can mean something literal (death) or something harder to define (a loss of humanity).The Wall is interested in both....Yet the matter of life and death, foregrounded in all its practical details, looms over the novel as more than just a test of self-reliance. The central question of the story is not how to sustain existence but how to understand identity—what it’s really made of, and whether it was made to endure.

The Wall is speculative fiction of a distinctly existential sort, where the subject being speculated on is not what happened to the world, but what happens to reality when society is stripped away...Nothing resolves, yet the book is constantly resonating.

Nothing short of miraculous.
— The Christian Science Monitor

Marlen Haushofer’s eerie masterpiece of a woman who gets trapped inside an invisible bubble in the Alps is a predecessor to books like Jeff VanderMeer’s The Southern Reach Trilogy….and it is just as stunning.

Haushofer’s sentences are simple and concise, and full of careful thought. The ideas she expresses are so important that you wonder how you have managed to get by without them. There is something fundamental about The Wall in particular that reaches far beyond the supposed territory of its story. The book is a lesson—and an agonizing one—on how one might come to live among things neglected with cost. That New Directions has recently reissued it with an elegant picture of a cow on the front should be a great event for everyone who cares about literature.

[This] brutal and absorbing dystopian novel...seems to belong among the gaggle of contemporary books that examine the isolated life in our pandemic era, and it does...But The Wall is also a resonant and realistic account of a widowed, middle-aged woman, disenchanted and depressed with the sum of her days, who is presented with the opportunity to enact what has previously eluded her: a life of her own imagining. In this way, Haushofer’s book is one of the most profoundly feminist works of the past century.

The most interesting book I’ve read all year...Not once does our narrator wink or nudge you toward subtext, even though there are endless implications to what she is describing; she is direct, because her themes are ancient, perhaps the only ones that matter.
— Jenn Vafidis - Gawker

Haushofer’s thought-provoking masterpiece stands as a touchstone for popular literary post-apocalypses by such authors as Emily St. John Mandel and Ling Ma and is certain to be a life-changing read for many.
— David Wright - Library Journal