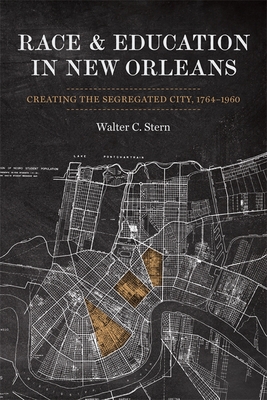 Surveying the two centuries that preceded Jim Crow's demise, Race and Education in New Orleans traces the course of the city's education system from the colonial period to the start of school desegregation in 1960. Walter C. Stern's timely historical analysis reveals that public schools in New Orleans both suffered from and maintained the racial stratification that characterized urban areas for much of the twentieth century.

By taking a long view of the interplay between education, race, and urban change, Stern underscores the fluidity of race as a social construct and the extent to which the Jim Crow system evolved through a dynamic though often improvisational process.

New Orleans native Walter C. Stern is assistant professor of educational policy studies and history at the University of Wisconsin-Madison.