The Mind of a Bee (Hardcover) 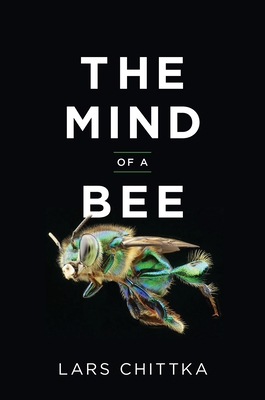 A rich and surprising exploration of the intelligence of bees

Most of us are aware of the hive mind--the power of bees as an amazing collective. But do we know how uniquely intelligent bees are as individuals? In The Mind of a Bee, Lars Chittka draws from decades of research, including his own pioneering work, to argue that bees have remarkable cognitive abilities. He shows that they are profoundly smart, have distinct personalities, can recognize flowers and human faces, exhibit basic emotions, count, use simple tools, solve problems, and learn by observing others. They may even possess consciousness. Taking readers deep into the sensory world of bees, Chittka illustrates how bee brains are unparalleled in the animal kingdom in terms of how much sophisticated material is packed into their tiny nervous systems. He looks at their innate behaviors and the ways their evolution as foragers may have contributed to their keen spatial memory. Chittka also examines the psychological differences between bees and the ethical dilemmas that arise in conservation and laboratory settings because bees feel and think. Throughout, he touches on the fascinating history behind the study of bee behavior. Exploring an insect whose sensory experiences rival those of humans, The Mind of a Bee reveals the singular abilities of some of the world's most incredible creatures.

Lars Chittka is professor of sensory and behavioral ecology at Queen Mary University of London. He is the coeditor of Cognitive Ecology of Pollination.