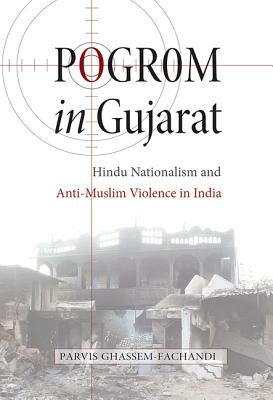 In 2002, after an altercation between Muslim vendors and Hindu travelers at a railway station in the Indian state of Gujarat, fifty-nine Hindu pilgrims were burned to death. The ruling nationalist Bharatiya Janata Party blamed Gujarat's entire Muslim minority for the tragedy and incited fellow Hindus to exact revenge. The resulting violence left more than one thousand people dead--most of them Muslims--and tens of thousands more displaced from their homes. Parvis Ghassem-Fachandi witnessed the bloodshed up close. In Pogrom in Gujarat, he provides a riveting ethnographic account of collective violence in which the doctrine of ahimsa--or nonviolence--and the closely associated practices of vegetarianism became implicated by legitimating what they formally disavow.

Ghassem-Fachandi looks at how newspapers, movies, and other media helped to fuel the pogrom. He shows how the vegetarian sensibilities of Hindus and the language of sacrifice were manipulated to provoke disgust against Muslims and mobilize the aspiring middle classes across caste and class differences in the name of Hindu nationalism. Drawing on his intimate knowledge of Gujarat's culture and politics and the close ties he shared with some of the pogrom's sympathizers, Ghassem-Fachandi offers a strikingly original interpretation of the different ways in which Hindu proponents of ahimsa became complicit in the very violence they claimed to renounce.

Parvis Ghassem-Fachandi is assistant professor of anthropology at Rutgers University. He is the editor of Violence: Ethnographic Encounters.