The Deep Rig: How Election Fraud Cost Donald J. Trump the White House, By a Man Who did not Vote for Him (or what to send friends wh (Paperback) 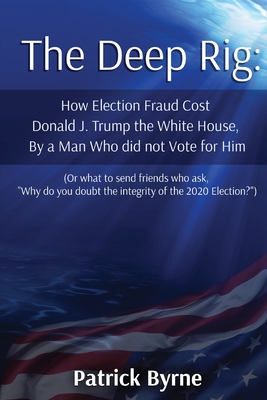 Byrne is a libertarian who did not vote for Trump and has publicly criticized him: that said, he believes Election 2020 was rigged, and that should be objectionable to every person who believes, "just government derives its power from the consent of the governed." In this book he explains what caused him in August 2020 to study election fraud, and what really happened during the 2020 election. He describes how his team of "cyber-ninjas" unraveled it while they worked against the clock of Constitutional processes, all against the background of being a lifetime entrepreneur trying to interact with Washington, DC. This book takes you behind the headlines to backroom scenes that determined whether or not the fraud would be exposed in time, and paints a portrait of Washington that will leave the reader asking, "Is this the end of our constitutional republic?".