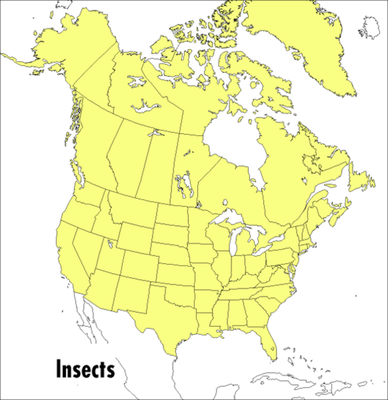 Find what you're looking for with Peterson Field Guides—their field-tested visual identification system is designed to help you differentiate thousands of unique species accurately every time.  Detailed descriptions of insect orders, families, and many individual species are illustrated with 1,300 drawings and 142 superb color paintings. Illustrations - which use the unique Peterson Identification System to distinguish one insect from another - include size lines to show the actual length of each insect. A helpful glossary explains the technical terms of insect anatomy.

Donald J. Borror has worked as a professor of entomology at Ohio State University. With Dwight M. DeLong, he is coauthor of An Introduction to the Study of Insects, a widely used textbook. Dr. Borror recorded The Songs of Insects, one of the Sounds of Nature disks in the Cornell Laboratory of Ornithology series, with Richard D. Alexander.

ROGER TORY PETERSON, one of the world’s greatest naturalists, received every major award for ornithology, natural science, and conservation as well as numerous honorary degrees, medals, and citations, including the Presidential Medal of Freedom. The Peterson Identification System has been called the greatest invention since binoculars.