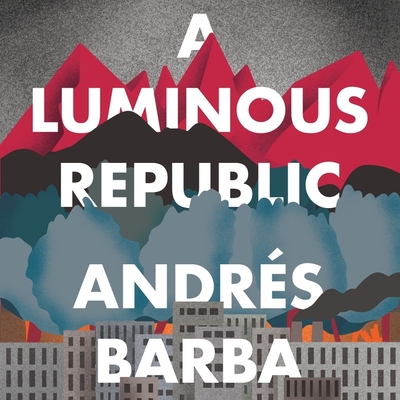 A new novel from a Spanish literary star about the arrival of feral children to a tropical city in Argentina, and the quest to stop them from pulling the place into chaos.

San Cristóbal was an unremarkable city—small, newly prosperous, contained by rain forest and river. But then the children arrived.

No one knew where they came from: thirty-two kids, seemingly born of the jungle, speaking an unknown language. At first they scavenged, stealing food and money and absconding to the trees. But their transgressions escalated to violence, and then the city’s own children began defecting to join them. Facing complete collapse, municipal forces embark on a hunt to find the kids before the city falls into irreparable chaos.

Narrated by the social worker who led the hunt, A Luminous Republic is a suspenseful, anguished fable that “could be read as Lord of the Flies seen from the other side, but that would rob Barba of the profound originality of his world” (Juan Gabriel Vásquez).


Narrator Jonathan Davis is a critically acclaimed and award-winning narrator and voiceover actor who has earned accolades for his narration from The New York Times, Publisher's Weekly,  AudioFile Magazine, and USA Today.  In 2017, he was inducted into Audible’s Narrator Hall Of Fame.

Jonathan's work as a narrator includes film and programming for National Geographic Television, NOVA, and PBS. He has narrated a variety of bestselling and award-winning titles in all genres for major publishing houses and national audio divisions. He is a four-time recipient and sixteen-time nominee of the celebrated Audie Award, presented by the APA for excellence in audiobook narration/production

ANDRÉS BARBA is the award-winning author of numerous books, including Such Small Hands and The Right Intention. He was one of Granta’s Best Young Spanish novelists and received the Premio Herralde for Luminous Republic, which will be translated into twenty languages.

LISA DILLMAN translates from Spanish and Catalan and teaches in the Department of Spanish and Portuguese at Emory University. Some of her recent translations include Signs Preceding the End of the World, by Yuri Herrera, which won the 2016 Best Translated Book Award; Such Small Hands and Rain Over Madrid, by Andrés Barba; Monastery, co-translated with Daniel Hahn, by Eduardo Halfon; and Salting the Wound, by Víctor del Árbol.

"One pleasure of the novel derives from the way its eerie events are addressed in such a matter-of-fact tone...At the same time, allusions to fairy tales and folklore are an essential part of the picture, making the book something much more otherworldly than an issues-centric social critique. Translator Lisa Dillman captures both the docudrama tones and anarchic threats of the story with perfect facility...The final moments of revelation make for a highly cinematic set piece, but they’re seriously rivaled by the pleasures throughout the book of being steeped in the way its narrator’s mind works...A Luminous Republic, in addition to being a captivating piece of storytelling, is a primer on the manner in which we perceive and create our own realities. Barba is especially beguiling as he ponders the way that playfulness, performance, and social conformity create our sense of who and what we are."
—Boston Globe

"Barba has displayed an enviable gift for conveying, through an inventively abstract style, the strange worlds of childhood and early adolescence."
—New York Times

“A Luminous Republic has all the stark power of a folk-tale or a fable. It also raises concerns that are pressing and contemporary—about the function and source of language, about pu"blic paranoia and hysteria, about the idea of community and how information spreads. At the book’s center is a moving personal story about memory and loss. The narrative is engaging, at times playful, wholly compelling.”
—Colm Tóibín, New York Times-bestselling author of Nora Webster and Brooklyn

“A Luminous Republic is a terrifying masterpiece. To lay bare with such stunning precision the nature of self-obsession – the viciousness with which any one of us might respond to that which we don’t understand – marks Andrés Barba as a writer of extraordinary talent. He has created a small, simple story and within it buried immense complexity and truth.”
—Omar El Akkad, bestselling author of American War

"A wonderfully creepy and authentically different example of Modern Weird, and admirers of John Langan, Paul Trembly, Laird Barron, and, yes, J.G. Ballard will find much to excite their affections here...[A] lulling, judicious, cerebral yet emotive first-person voice...We will be watching events long resolved, through the scrim of time. But as we shall soon learn, this does not diminish the horror, but gives it a clinical heft...The narrator takes time to sketch a portrait of San Cristóbal in bright details, making the place solid to our senses. Its river, the surrounding jungles, the indigenous tribal members, the architecture, the citizens—all are limned economically and with real substance. This allows the weirdness, when it comes, to stand out in vivid contrast...Barba’s prose relies heavily on rich and poignant aphorisms from its sensitive and self-doubting narrator. I could quote endlessly...And Barba’s precision in describing the weather of the psyche—both the narrator’s and those of the populace and the wild children—takes the reader on a rollercoaster of feeling...It’s this kind of forceful symbolic language embedded in action that imbues what might otherwise be a simplistic tale of bad-seed kids with haunting and haunted allegorical power."
—Locus

"Its melancholic mood and contemplative tone are interesting, engaging, and lovely to read. Barba is clearly a gifted writer with a generous sensibility...A novel that thoughtfully and compassionately considers people and as a result feels utterly human as a whole."
—Chicago Review of Books

“One of the best books I’ve ever read . . . There is an air of magic, black and white, lingering around every page of this epic novel of 192 pages, like gun smoke after a shootout. I say ‘epic’ because it feels as full, as dense with duration, as if it were 1,000 pages long, but can be read in an evening . . . This is a book at once heavy and light, Caliban and Ariel, somber and comic. It will open your eyes.”
—Edmund White, from his foreword to A Luminous Republic

“A fever dream of a novel with sharp-as-knives insights; deft and cutting.”
—Lauren Beukes, author of The Shining Girls and Broken Monsters

“Disturbing and melancholy, disquieting without tricks and beautiful without artifice, A Luminous Republic is an engrossing tale of unusual moral precision. It could be read as a Lord of the Flies seen from the other side, but then we would be robbing Andrés Barba of the profound originality of his world, which is unlike anything the reader might have encountered. A triumph.”
—Juan Gabriel Vásquez, author of The Sound of Things Falling and The Shape of the Ruins

“Barba conjures the primal impulses of childhood with terrifying precision. In its questioning of violence as both threat and seduction, A Luminous Republic is both a rapturous fable and a ruinous forecast of the havoc that comes from civic inaction.”
—Idra Novey, author of Those Who Knew and Ways to Disappear

“At first this book will scare you, but after that you feel something much deeper, disturbing and luminous.”
—Samanta Schweblin, author of Fever Dream and Mouthful of Birds

“Andrés Barba has written a Spanish novel that seems Latin American and that is nourished by the best Anglo-Saxon tradition: a wicked fable on childhood that is also a suspense novel that plays with the mechanisms of fantastic literature. Highly enjoyable and profound.”
—Juan Pablo Villalobos, author of Down the Rabbit Hole and I’ll Sell You a Dog

“In this award-winning novel, we find one of the nuclear elements of Andrés Barba's narrative world: the investigation—incisive, sharp, unsparing—of affections, emotions and feelings…This novel is as distressing as it is illuminating, with a strange beauty in its final epiphany.”
—El País

“Barba is a master of giving a novel the right size to achieve its objectives. This is the best work I’ve read from him . . . It’s impossible to put this book down. It goes one step beyond William Golding’s Lord of the Flies . . . I whole-heartedly recommend this read.”
—ABC Cultural

“The book of the week. Barba has written a heartbreaking novel on the dark collective hope.”
—El Periódico

"Barba is prolific, as multifaceted as he is rigorous. With Luminous Republic, the author has gone further than ever . . . Brilliant."
—La Vanguardia

“Chilling . . . Barba inhabits the minds of children with an exactitude that seems to me so uncanny as to be almost sinister . . . This is as effective a ghost story as any I have read, but lying behind the shocks is a meditation on language and its power to bind or loosen thought and behavior.”
—Sarah Perry, The Guardian

“Such Small Hands is a magnificently chilling antidote to society’s reverence for ideas of infantile innocence and purity.”
—Financial Times

“Barba’s stunning and beautiful prose helps us realize that our adult incomprehension is not absolute.”
—Los Angeles Review of Books