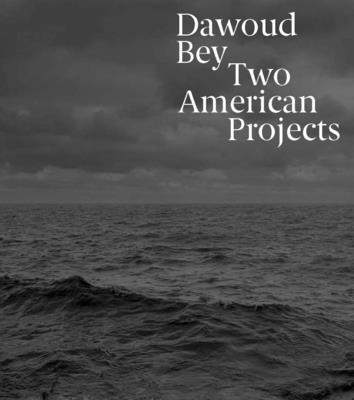 With a powerful juxtaposition of portraiture and landscape photography, this book explores Dawoud Bey’s vivid evocations of race, history, time, and place

Dawoud Bey (b. 1953) is an American photographer best known for his large-scale portraits of underrepresented subjects and for his commitment to fostering dialogue about contemporary social and political topics. Bey has also found inspiration in the past, and in two recent series, presented together here for the first time, he addresses African American history explicitly, with renderings both lyrical and immediate. In 2012 Bey created The Birmingham Project, a series of paired portraits memorializing the six children who were victims of the Ku Klux Klan’s bombing of Birmingham, Alabama’s 16th Street Baptist Church, a site of mass civil rights meetings, and the violent aftermath. Night Coming Tenderly, Black is a group of large-scale black-and-white landscapes made in 2017 in Ohio that reimagine sites where the Underground Railroad once operated. The book is introduced by an essay exploring the series’ place within Bey’s wider body of work, as well as their relationships to the past, the present, and each other. Additional essays investigate the works’ evocations of race, history, time, and place, addressing the particularities of and resonances between two series of photographs that powerfully reimagine the past into the present.

Corey Keller is curator of photography at the San Francisco Museum of Modern Art. Elisabeth Sherman is assistant curator at the Whitney Museum of American Art.

“Bey has amassed a majestic oeuvre . . . a glorious tapestry that captures the breathtaking depth, intricate nuances, and limitless complexities of Black life in America over the past half century. In Two American Projects, Bey charts a new map of the past, using photography as a means to explore histories told and untold in a new light.”—Miss Rosen, Feature Shoot