Church of the Open Sky (Paperback) 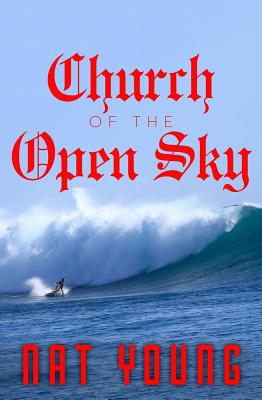 What makes for a surfing life? With a blaze of groundbreaking performances and a list of titles claimed from all over the world to his name, Australian world champion surfer Nat Young might know. His seventieth birthday inspired some reflection on exactly that, and on the waves and characters that have marked his remarkable life—Miki Dora and Midget Farrelly to name a few. But surfing for Nat Young—and so many like-minded surfers—has never been about winning, never been about the sport. It’s a calling, an endless quest, a philosophy, a religion. Most of all, surfing is a way of life that has underpinned his other identities as board shaper, film producer, writer, raconteur, conservationist, activist, pilot, husband, and father. Candid and wryly observed, Church of the Open Sky explores what it means to be a surfer, with a collection of true stories of Nat’s surfing life—and the friends, foes, and heroes he’s met along the way.

Nat Young is a World Champion Australian surfer and author, who was named World Champion in 1966 and again in 1970. He is celebrated for pioneering the shortboard revolution in surfing. He has appeared in a number of surf movies, including the iconic Endless Summer, and produced two documentaries of his own. His books include Nat’s Nat and That’s That, The Complete History of Surfing, and Surfing Fundamentals. He divides his time between the North Coast of New South Wales and the Sun Valley in the US, and still enjoys paddling out to a catch a wave every chance he gets.